The dilemma release … should I or should I not add Gran Turismo support ? SimHub is dedicated to PC games support and supporting Gran Turismo games which are console “only” was creating such big dilemma ! After a long (really long !) I finally decided to release it ! Have fun !

Special thanks to Nenkay and GTPlanet members who opened the way to GT telemetry !

Happy Holidays Season to all of you !

NB : It’s possible to recover old leds settings when adding a new device by checking the option during “add” dialog

NB : F1 22 telemetry specification does not specifies yet 22 team names as a fallback until EA/Codemasters updates their documentation current names are coming from f1 2021 and might be wrong.

Warning : SimHub V8 contains some braking changes due to a major rework of DashStudio internal structure :

If you wan’t to stay on SimHub version 7.X you can download the last version (7.4.23) here

After a few months of hard work it’s time for a big release !
This rework gets DashStudio editor closer to real life race dash editors (like Motec Display Creator), and gets the experience more in line to the designers “UX” standards like Visual Studio or similar. I sincerely hope you will like it !
For the occasion I thought that upgrading to “V8” was a nice symbol for a Sim Racing software !

A pretty dense change log for this first release of the year ! Have fun !

A little release straight from the caravane because F1 2021 launch could not be missed 😉
Have a great summer and stay safe !

Little focus on the “online map service”
This feature has been introduced earlier as experimental, it aggregates hundreds of track records by strictly selecting them and rejecting any suspicious one. By this way it allows to generate really precise track layouts which can hardly be reproduced by a single person even when doing a lap with lot of care. 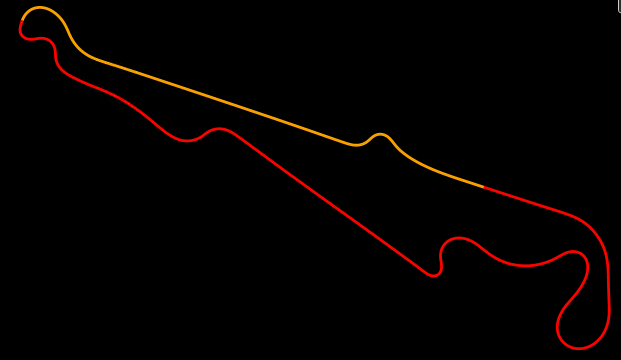 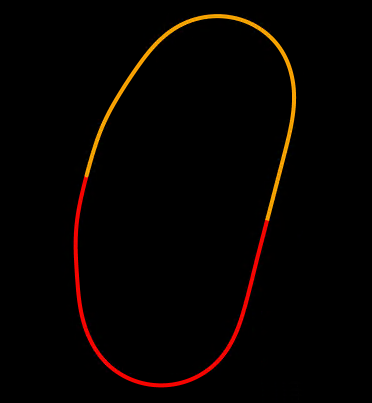 New map sharing/download option is still really experimental and still needs to be refined using real life data, that’s why it’s disabled by default, You can enable it here : 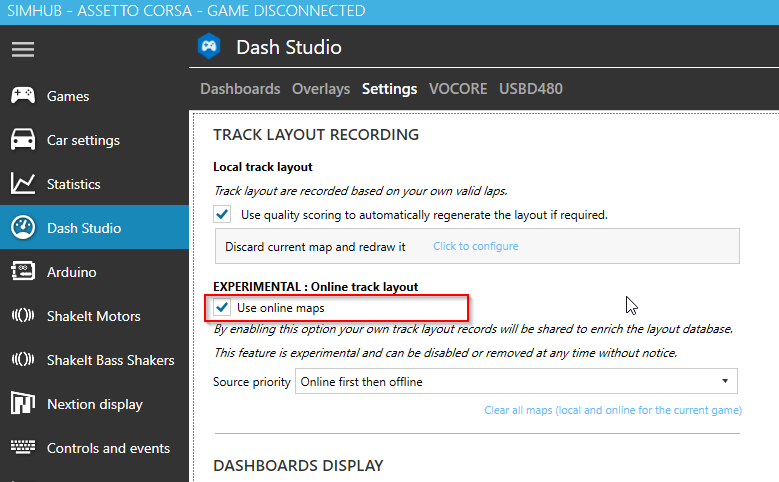 I had feedback about few people having overwritten inadvertently their Arduino based device firmware (motion, button box …) with the Simhub arduino setup tool.
Let’s explain how such mistake is possible : an arduino being an arduino, it’s made by design to be easily overwritten with a new firmware . Since the affected devices have not been write protected by their respective manufacturer (by removing/disabling the arduino bootloader), it was extremely easy to overwrite the firmware by mistake by choosing the wrong serial port before upload.
That said, nobody has interest into getting these device’s firmware overwritten. However,​ since these devices have no particular characteristics allowing to recognize them, only clear prevention instructions about how to avoid firmware overwrite on a random Arduino based device can prevent it. And that’s the purpose of the two Arduino setup tool features added with this release, which I hope will be clear enough to reduce such mistakes.

Unfortunately no dirt 5 compatibility for this release as telemetry is missing from the game. If you want to see telemetry back, you can friendly suggest it to the Dirt 5 development team using the form linked on this page : https://forums.codemasters.com/topic/63507-dirt-5-submit-your-feedbackbugsissues-here/

Here it comes, a fresh version from the factory,

Strange days of epidemy … I take profit of this release for a warm tought for all medical teams around the world, and all the people (truck drivers, shop cashier, farmers …) which helps us live in these lockdown time.
And if you can stay safe, stay home.

Best wishes for the new year !