Some time ago, I created a 16-LED revlight using the amstudio guide on YouTube. It worked a charm, but I got out of simracing so gave it to a friend.

I've gotten back into simracing and wanted to build another, but I cannot for the life of me get it to work. I've tried 6x different LED boards (ebay knock-offs and NeoPixel's from Pimoroni), 3x Arduino Nano's (including one that I used for a previous successful build), different wires, different USB leads and different ports. I've also got the latest version of Arduino IDE and SimHub installed, and the CH340 drivers installed, and it doesn't work.

If I use the ebay knock-off LED's, the LED lights light up in random colours and flicker oddly.

If I use the NeoPixel LED's, they don't work at all.

Here's my setup with the NeoPixel's:

I've soldered the two boards together 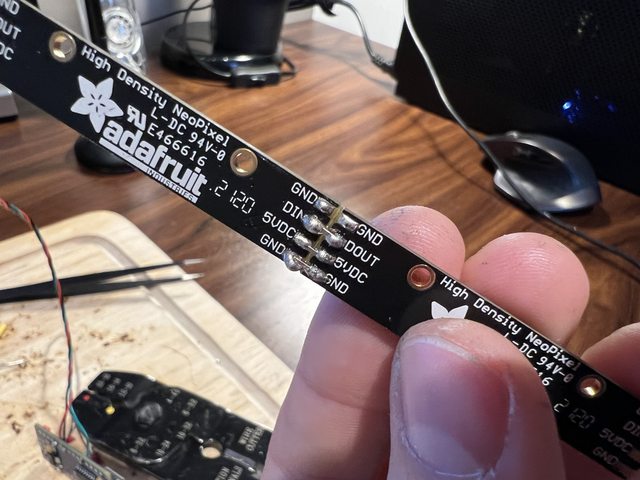 Soldered the three wires onto the three terminals 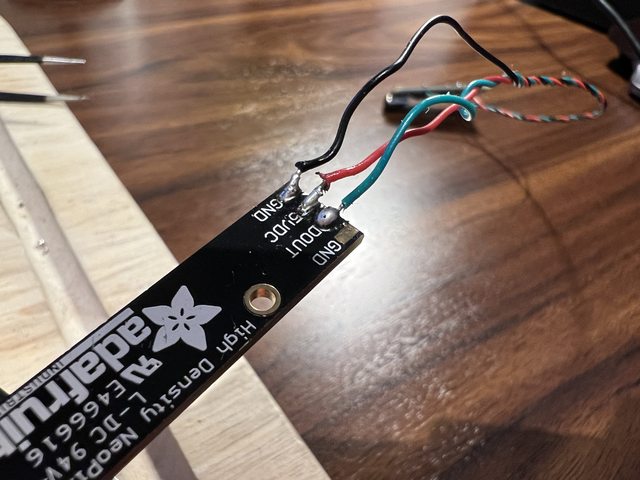 Soldered the wires onto the Arduino (ignore the solders on the holes I'm not using, that's from a previous attempt) 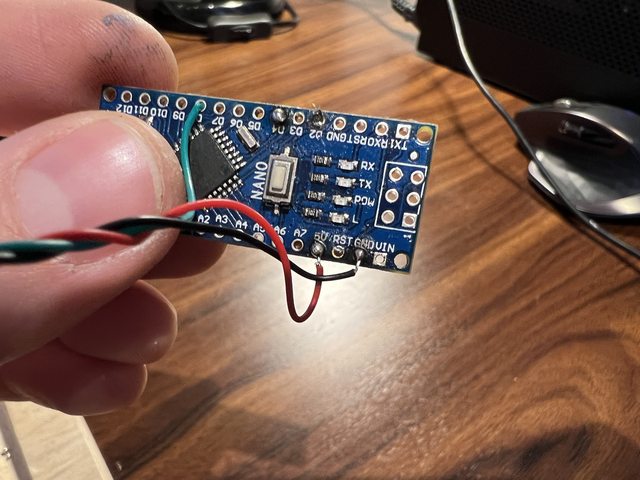 And nothing works. The arduino functions fine and the LED light blinks when it responds to changes, but the LED's don't illuminate correctly or at all if I use the NeoPixel LED's.

Now the soldering isn't amazing there, but it was worse on my original one back last year and that worked fine. I've also re-soldered this setup with different LED's and Arduino's (as stated above) and I cannot get it to work.

I've now gone back through my ebay purchases and purchased exactly the same boards and arduino I used for my previous build, just to see if I can get it to work again with everything fresh, but I'm getting tired of this.

What the hell is going on?

Hi ! "Dout" stands for data out, do not hesitate to take a look to the official wiki, you will find warnings about these kind of mistakes 😉 https://github.com/SHWotever/SimHub/wiki/Arduino-WS2812b-RGBLEDS--Wiring-Setup#wiring

Oh my days, have I been that much of an idiot? I'm going to go re-solder it, I'll report back in 10 minutes. Thanks for the quick reply!

Well, that worked perfectly. Thank you, and apologies for being an idiot!